Challenge
Right before the 2011 holidays season Interval Studios was getting ready to reboot its interactive art application Thicket. The mobile app is an audiovisual playground that allows users of all ages to create beautiful sounds and pictures on the iPad. It immerses users in song-like audiovisual pieces called modes. Each mode can be used as an art generator, interactive toy, and instrument or performance tool. Users can both react to and create the music and dancing lines of light that they experience in each mode.

The new Thicket app came loaded with a free mode called SineMorph. Three other modes – Love, Scary Ugly, and Cathedral – were available for purchase at the time of the launch. Interval Studios will release new modes every few months. 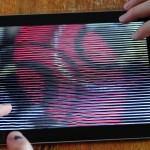 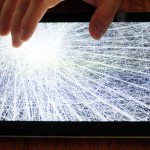 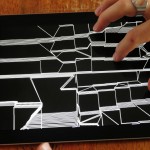 The goal was to establish the Thicket app as an expandable platform in the exciting new genre of handheld interactive art and build on the positive reception received by its predecessor Thicket: Classic.

The challenge was the competition with thousands of apps to be released and updated prior to the holidays. Christmas Day is the biggest day of the year for app downloads by Apple device owners.

According to the mobile analytics firm Flurry, 240 million apps were downloaded from December 23 to December 26, 2010 to Apple mobile devices, representing 20 percent of the total downloads for the month. The number of downloads – and released apps – was expected to be higher in 2011. Indeed the 2011 holidays set another record high. In January 2012 Flurry reported that over 1.2 billion apps were downloaded in the last week of December 2011.

Strategy
To cut through the clutter of apps to be offered in December 2011, Interval Studios worked with Expedition PR to offer key media and bloggers demos and access to the Thicket app one day prior to its release. In addition to access codes, the press pack included a series of video demos. Interval Studios also sent holiday post cards to the media with an invitation to check out Thicket to experience the different moods of the holidays.

At the official release date, the agency reached out to a broader list of reporters covering consumer applications, music and art apps. A multimedia press release was issued over the Wire to reach consumer audiences. The team reached out to iPad aficionados in their networks to spread the word and connected with Interval Studios’ already existing community of Thicket fans via Twitter and Facebook. The team tweeted updates about the Thicket app launch and coverage.

The Thicket app obtained positive reviews by a number of consumer tech publications, including Fast Company, Rolling Stone, The Next Web and EvolverFM. Mashable wrote that they can’t stop playing with the new Thicket for iPad and listed Thicket in January as one of the five apps worth downloading this week. Most reviews used the Thicket video demos and screenshots. The Fast Company Design story generated Twitter buzz and trickled a spike in downloads.

The Thicket app obtained over 42,000 downloads in less than a month in all markets.  In France, one of its markets, the Thicket app held first place in its category for over a week, triggering more downloads globally.

“We had a very short launch timeline and were facing a very competitive environment during the holiday season. The Expedition PR jumped in to make the Thicket app reboot successful,” said Joshue Ott, principal of Interval Studios